By GREG BURLIUK, THE WHIG-STANDARD 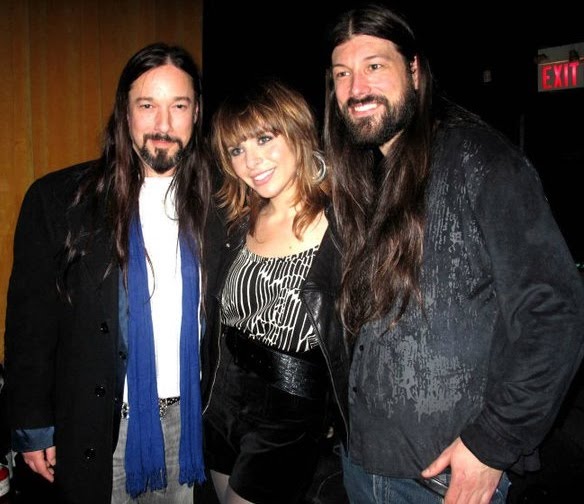 Emily Fennell is one of Kingston's busiest performers. It seems like scarcely a weekend goes by in which isn't playing with one of several groups.

That may be ending soon because it looks like the rest of the world is finally figuring out what the Limestone City has known for a while -- that she is a giant talent.
Gene Simmons thinks so.
Yes, the KISS legend, who is now also a record mogul, is a fan. He's offered Fennell, who now operates under the stage name Miss Emily, a recording contract. He's not alone, though, as so have other record companies, which has left Fennell and her team sifting through offers to figure out the right one.
On Simmons Records website, simmonsrecords.com,Fennell was recently praised.
On the home page is a news update that reads:
"We were recently in Toronto as Keynote Speaker at Adweek Conference. And we had some time to go see some terrific, new Canadian talent.
"We saw: Miss Emily, who has the best pipes we have ever heard, in an unsigned artist. We are moving ahead, and want to sign Miss Emily to our label. 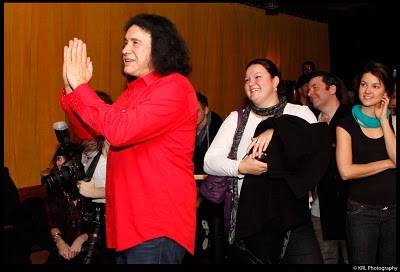 Fennell's career took a jolt upward a year ago when she got a new manager, Cliff Fabri, the man who shepherded Napanee native Avril Lavigne to fame. Fabri had moved to Wolfe Island and heard Fennell playing at the Wolfe Island Grill. He learned that Fennell had a rock band as well as a country band.

"I write all different types of music, but there were several songs I had written on the piano which were rock soul songs but I wasn't performing them," says Fennell. "He wanted to hear different stuff so I played him 'The Sellout" . After hearing it he said, "holy _ _ _ _ !!!" Miss Emily!"
Fennell says Fabri opened doors for her that previously had remained firmly closed.

No one is really sure how Simmons heard about Miss Emily. In December, she played at a showcase in Toronto for reps from several record companies including Warner and Universal, and Simmons has his own Simmons label with Universal.

"Then on January 3, I get a message from the Universal rep that Gene wanted to talk to me," says Fennell. "He told me he was coming to Toronto later in the month and would I play a showcase for him."

Fennell told Simmons that as Miss Emily, she played solo or with veteran keyboardist Chris Brown. The KISS leader asked her to do a couple of things for the showcase.

"He asked me to have a full band and that it have 25-year-old soul players in it," she says.

The showcase would be on Jan. 27 in Toronto, and two days before, the Universal rep asked Fennell if she wanted to meet Simmons so she wouldn't be as nervous on the day of the show. It was to be at the venerable Horseshoe Tavern, where Simmons was checking out another act. Miss Emily discovered only when she arrived that she was part of a taping for Simmons' TV reality show Gene Simmons Family Jewels.

"The act on stage they completely ignored," says Fennell. "At one point, Gene said let's go into the washroom, we go there, along with the cameraman and the entourage. And he's showing me what to do with my hair to make my eyes look better.

So now Fennell waits. She's been told to clear her schedule for March, but she has a fundraising concert for Helen Tufts Nursery School on Feb. 25 at Sydenham Street United Church, which may be her last local appearance for a while.

"The record industry has changed even since Cliff was with Avril," says Fennell. "The major labels aren't offering what they used to so you have to be very careful whom you sign with. There are other offers out there besides Gene's."

Rob Baker (The Tragically Hip), Miss Emily, Van Sheen )
"It would take a lot to knock me on my ass," she says frankly. "I'm thrilled about it all, but I wouldn't go back on my personal values just to make Gene Simmons happy."